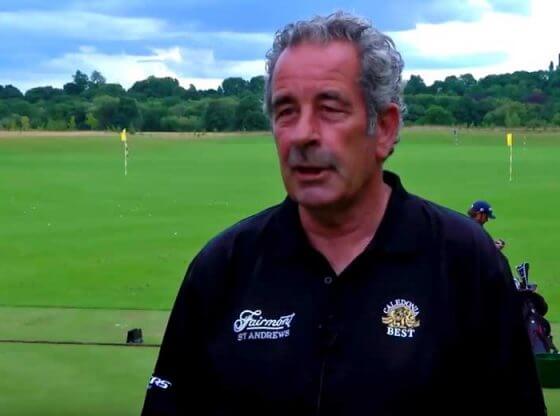 Samuel Robert Torrance OBE started playing golf as a boy, coached by his father Bob, in Largs, Scotland. He changed from amateur to professional when he was 16. In 1970, Sam Torrance joined the European Tour and had his first professional win in 1972. That year, he also won the Sir Henry Cotton Rookie of the Year award.

Sam appeared on the European Tour in  700 events, a record. In 1985, Sam was part of the team that won the first victory for the European side in 28 years. He sank the winning putt.

In 2002, Sam was the winning European Ryder Cup Captain. He has a total of 44 professional wins, 21 of them on the European tour.