Mickelson Strikes His Moving Ball
By now most readers will have made up their own mind about the Mickelson incident at the 2018 US Open at Shinnecock Hills. Some may not have seen this updated statement from USGA PR, which in my opinion shows why there was never any possibility of an alternative ruling;

There appears to be some continued uncertainty about the basis of the ruling with Phil Mickelson during the third round of the 118th U.S. Open, and we would like to further clarify previous statements. During play of the 13th hole Mickelson made a stroke on the putting green at his ball, which was moving. As a result, he incurred a two-stroke penalty for a breach of Rule 14-5; the stroke made at the moving ball also counted. His score for the hole was 10. Rule 14-5 does not include a ser… Read More

How To Chip From a Bad Lie!
Word and Phrase Changes in the New Rules 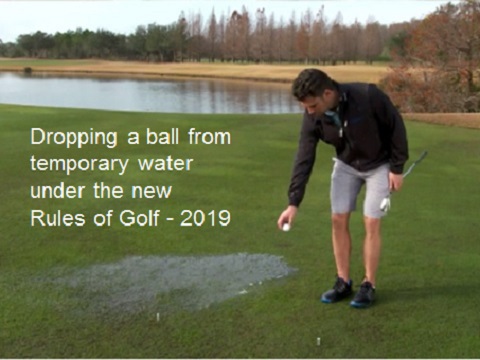 How To Chip From a…