Zanusso of Italy leads after eagle 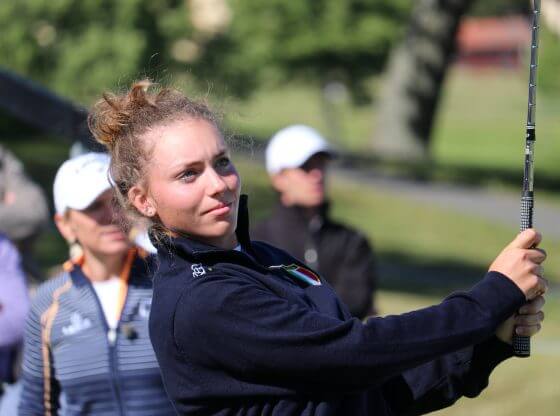 Anna Zanusso of Italy is in the lead after the first round of the seventh-annual ANNIKA Invitational Europe at Royal Drottningholm Golf Club in Stockholm. Despite some tough conditions including strong wind, rain and even some hail, she carded a 3-under-par including an eagle on No. 7. She holds a two-shot lead over Norwegian, Franziska Sliper, heading into the second round.“My tee shots and putting was the key today – and my eagle on a par five. A good drive, a poor hybrid and a very good nine iron 140 feet and the ball was in the hole”, Zanusso said.Swedish natives Ingrid Lindblad and Andrea Grimberg Lignell, both on the Girls national team who won a bronze medal in the Team World Cup last week in Japan, are three and five shots behind the Italian.After the first round, the girls were treated to a clinic with Annika where she shared some insights on technique as well a… Read More