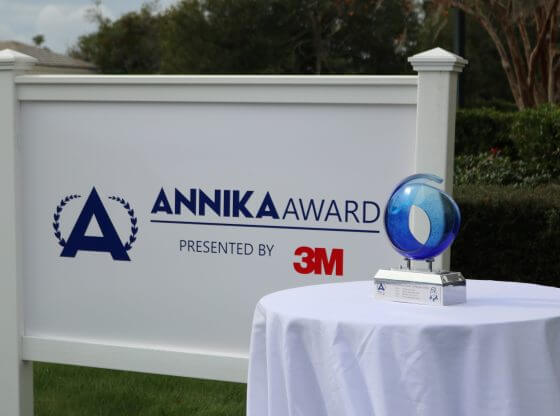 Favorites for ‘Most Outstanding Player’ Recognition Include Arkansas’s Maria Fassi, UCLA’s Patty Tavatanakit and Lilia Vu, and Alabama’s Lauren Stephenson(ORLANDO, Fla.) The ANNIKA Foundation – golf Hall-of-Famer Annika Sorenstam’s charitable organization – announces voting has opened for the 2018 ANNIKA Award presented by 3M.Now in its fifth year, the ANNIKA Award is presented to the nation’s most outstanding female collegiate player as voted on by players, coaches and members of the golf media. To do so, click here. Votes may be cast through May 23, the final day of the 2018 NCAA Division I Women’s Golf Championships. The winner of the ANNIKA Award will be announced live on Golf Channel on June 6.Several favorites have emerged heading into the NCAAs, which will be hosted by Oklahoma State University’s Karsten Creek Golf Club in Stillwater, Okla., May… Read More