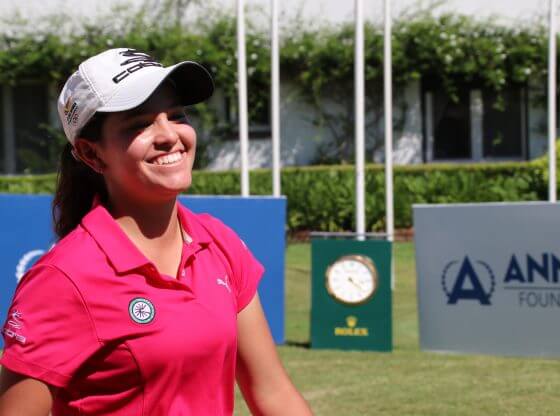 With her birthday just last week, Cristina Ochoa finished her 16th trip around the sun in winning fashion. The Colombian took charge in her first-ever ANNIKA Invitational Latin America, leading throughout the entire tournament. Argentine Ela Anacona had a low round on the final day to force a playoff with Cristina, but Ochoa managed to take home the victory on the third hole of the sudden-death playoff. The Bogota native began playing golf at the age of five and has big plans for what’s ahead in her golf career and life after high school.We spoke with Cristina after her win in Argentina.What is one place that you want to go that you have never been before?I would love to go to Africa.Who is your favorite golfer?I have many favorites but probably Phil Mickelson. What is one thing that surprises people about you?My constant level of energy and happiness, even during bad mome… Read More