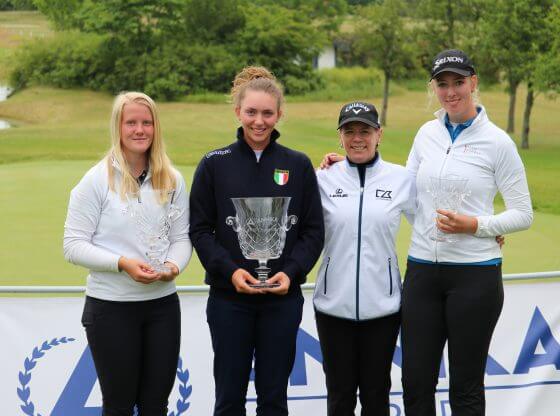 After firing a final round 66, including four birdies in the last four holes, Anna Zanusso won the seventh edition of the ANNIKA Invitational Europe at Royal Drottningholm Golf Club in Stockholm, Sweden.The Italian’s final birdie on No. 18 almost went in for a hole-in-one but lipped out and landed a couple of inches away for an easy birdie putt. Regardless, it was an exciting finish for Zanusso. "This is my biggest win in my career. My putting was very good this week", the Italian said in an interview after the third and final round. She finished seven-under-par, 219 for the tournament.Falling three strokes behind was Swedish player, Ingrid Lindblad. Lindblad was tied for the lead with the Italian until No. 15 when Zanusso began her birdie streak. She finished in second totaling four-under-par, 212 after three rounds."I’m happy anyway. I made some very got sho… Read More