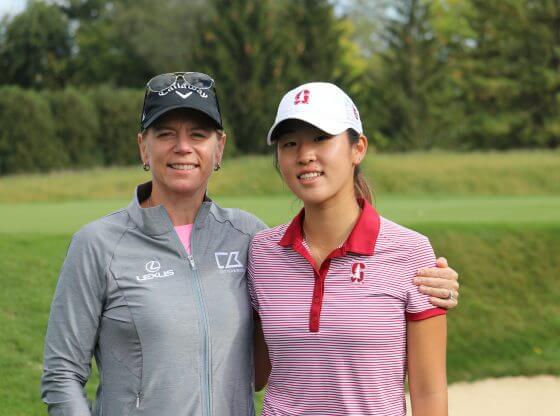 She also finished T3 at the ANNIKA Intercollegiate presented by 3M in October.

She has participated in the ANNIKA Invitational USA, and her junior career was impressive too.

She was part of the Rolex Junior All-American First Team from 2012-2015, awarded 2014 Rolex Junior Player of the Year, finished 69th in the 2014 U.S. Women’s Open and represented the United States in the 2016 Curtis Cup and World Amateur Team Championship.

… Read More at the Annika Foundation site to learn more about her.

Ten Years of Changing Lives On and Off the Course
May Featured Player: Beatrice Wallin