A Tight Fight Between Three Nations 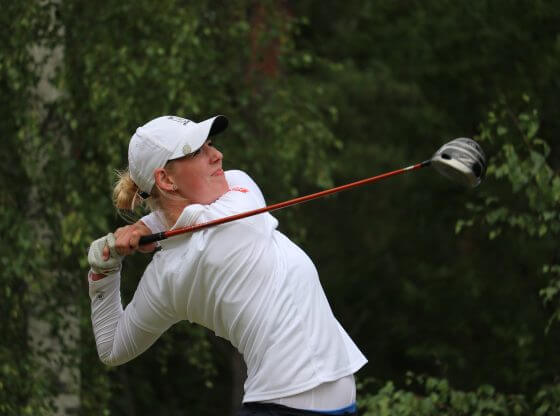 Franziska Sliper of Norway takes over the lead after the second day at Royal Drottningholm Golf Club. Making her ANNIKA Invitational Europe debut, she shot 70 on the windy round Wednesday and has the solo lead with a total of three under par."My putting was great today, I holed a thirteen meter putt on hole twelve. It´s great to be here. My team mates said ANNIKA Invitational Europe was their favorite tournament of the year, and it is definitely mine now too", says the Norwegian, chased by an Italian and a Swede.Anna Zanusso was in the lead before today’s round and is still atop the leaderboard after carding a two-over par, 72, on Wednesday. She sits alone in second at 1-under for the tournament. Native Swede Ingrid Lindblad is four back of the leader. She was part of the team who took a bronze medal in the World Cup for Girls played in Japan last week."I´m … Read More